Statistical Model – For k Predictors
So what does the statistical model in binary logistic regression look like? In this equation, p is the probability that Y equals one given X, where Y is the dependent variable and X’s are independent variables. B 0 to B K are the parameters of the model. These parameters of the model are estimated using the maximum likelihood method. The left-hand side of the equation ranges between minus infinity to plus infinity.

Case Study – Modeling Loan Defaults
Let’s explain the concept of binary logistic regression using a case study from the banking sector. Our bank has the demographic and transactional data of its loan customers. It wants to develop a model that predicts defaulters and help the bank in its loan disbursal decision making. The objective here is to predict whether customers applying for a loan will be defaulters or not. We will use a sample of size 700 to develop the model. The independent variables are age group, years at current address, years at current employer, debt to income ratio, credit card debt and other debt. All of these variables are collected at the time of the loan application process and will be used as independent variables. The dependent variable is the status observed after the loan is disbursed, which will be one if it is a defaulter and zero if not. 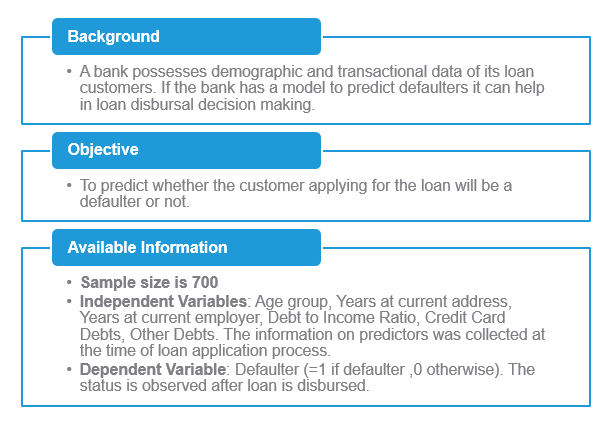 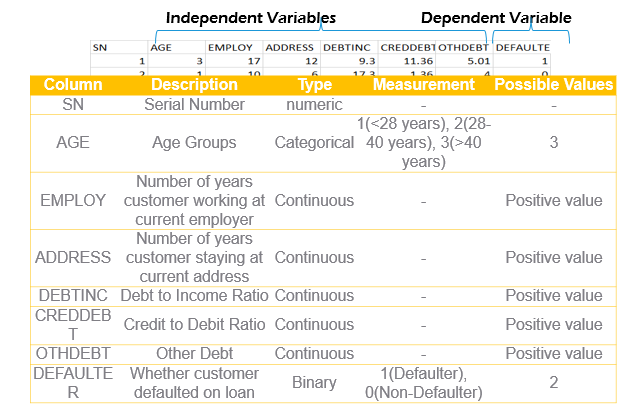 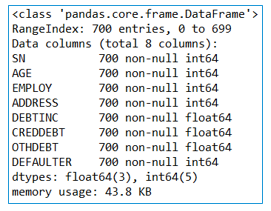 Age should be a categorical variable, and therefore needs to be converted into a category type. If it isn’t converted into a category type, then Python will interpret it as a numeric variable, which is not correct, as we are considering age groups in our model
# Change ‘AGE’ variable into categorical
bankloan['AGE']=bankloan['AGE'].astype('category')
bankloan.info()
Age is an integer and need to convert into type “category” for modeling purpose.
# Output: 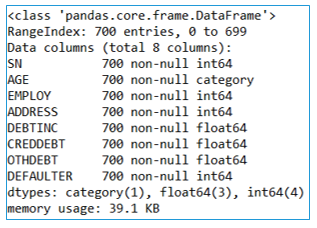 Re-run the BLR Model in Python
Once the variables to be retained are finalized, we re-run the binary logistic regression model by including only the significant variables. Again the output of the summary function provides the revised coefficients for the model.
riskmodel = smf.logit(formula = 'DEFAULTER ~ EMPLOY + ADDRESS + DEBTINC + CREDDEBT', data = bankloan).fit()
riskmodel.summary()
In this output, all independent variables are statistically significant and the signs are logical, so this model can be used for further diagnosis. 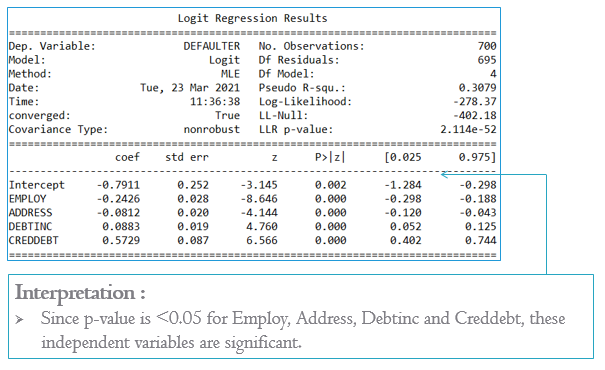 Odds Ratios In Python
After substituting values of parameter estimates this is how the final model will appear.
The probability of defaulting can be predicted if the values of the X variables are entered into the equation.
We use the odds ratio to measure the association between the independent variable and dependent variable. Once the parameter is estimated with confidence intervals, by simply taking the antilog we can get the Odds Ratios with confidence intervals. In Python the ‘conf_int’ function calculates the confidence interval for parameters, and then parameter estimates are added to the object. The antilog values are printed to give a table of odds ratios.

Odds Ratios in Python
From the output here, we can see that none of the confidence intervals for the odds ratio includes one, which indicates that all the variables included in the model are significant. The odds ratio for CREDDEBT is approximately 1.77
So for one unit change CREDDEBT, the odds of being a defaulter will change 1.77 fold.
# Output: 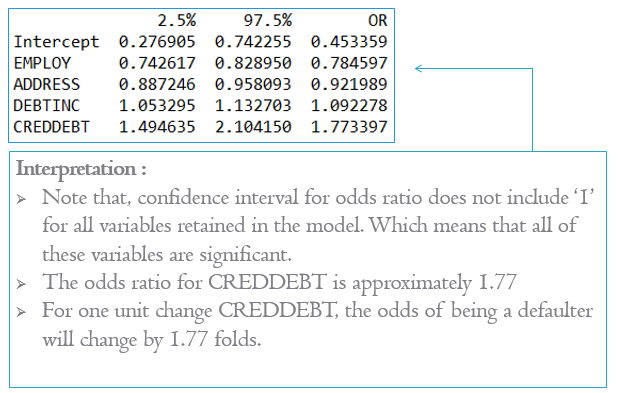 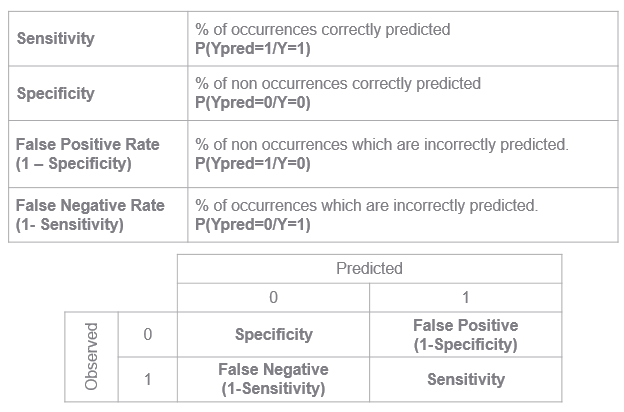 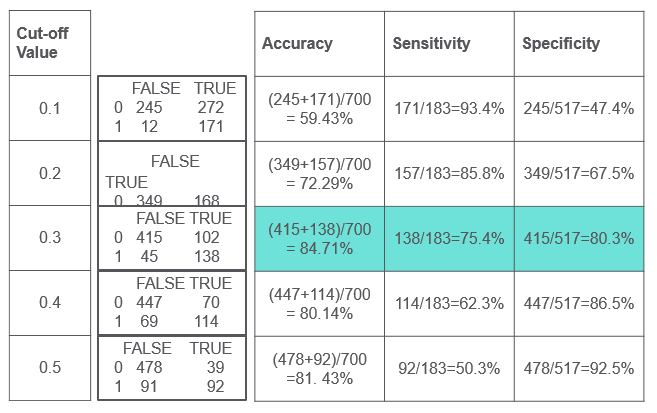 Quick Recap
Let’s quickly recap. In this tutorial, we learned about binary logistic regression modelling and its application. We then used python code to estimate model parameters and obtain a classification report. 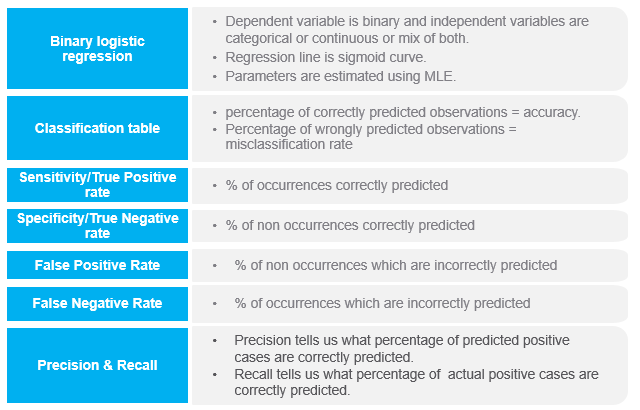